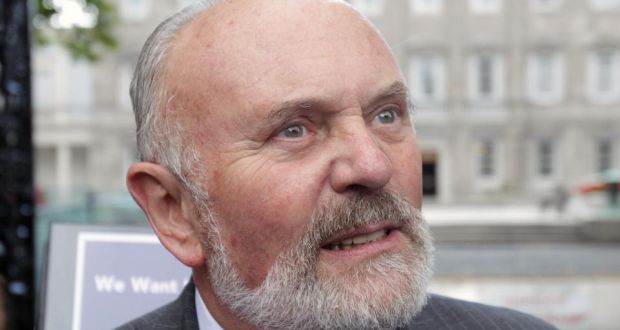 Independent Senator David Norris said the controversy surrounding Minister for Justice Alan Shatter was like a Greek drama. “He has a tragic flaw of arrogance and an inability to resist the temptation to smear anybody who gets in his way.’’
Mr Norris said that in any other jurisdiction the Minister would have resigned. “I do not take any joy in saying that. I know he is a very clever, remarkable man.’’
He said Minister for Finance Michael Noonan, when coming to Mr Shatter’s defence on RTÉ’s Prime Time , had “unintentionally hung him’’ when he said the Minister should only resign if there was a serious situation involving incompetence or malpractice. “Can anybody today deny that this is a serious situation or that it involves both incompetence and malpractice on behalf of the Minister ?’’
Fianna Fáil justice spokesman Denis O’Donovan said what had happened in the justice area in recent months put the original 1982 Gubu “into the ha’penny place’’.

‘Very strong lifejacket’
He was deeply concerned that former confidential recipient Oliver Connolly was pushed overboard, as had former Garda commissioner Martin Callinan. “If I were in the position of the Attorney General or the secretary general of the Department of Justice I would want to be wearing a very strong lifejacket in the current climate, given what is going on.’’
Martin Conway (FG) said the systematic Garda recording of conversations was deeply troubling.
All sides paid tribute to the late Nicky McFadden TD, a member of the Seanad before being elected to the Dáil. Fine Gael colleague Catherine Noone said Ms McFadden had bravely fought an illness. “She was a beautiful person.’’

Find out more or adjust your settings.